The Power of a Group — NEA Foundation Global Learning Fellows 2019

Just over a year ago I received a letter awarding me this fellowship which took me first to DC in October of 2018 and then South Africa 🇿🇦 in July of 2019. Not only did I feel honored but I was in awe of the talented, creative, and inspiring teachers joining me on this journey. This shared experience generated friendships and relationships that are certain to build bridges and future opportunities. What I learned on this adventure cannot be duplicated by textbooks 📚 or videos.  I am forever changed. Thank you 🙏🏽 ❤️ NEA Foundation for the honor of representing this organization in South Africa 🇿🇦 and beyond. 🤗🙂 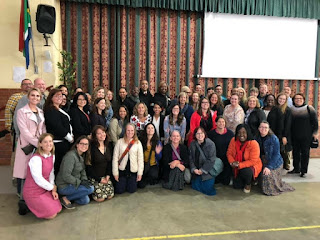 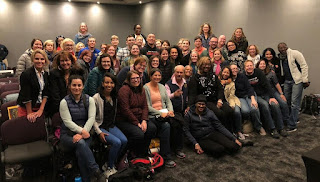 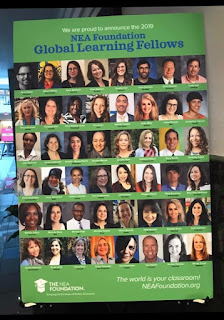 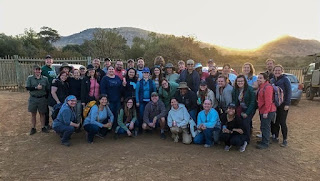 Posted by SandraM at 9:11 AM No comments:

The last few days of our trip was spent at a gorgeous resort on the edge of  Pilanesberg National Park and Game Reserve.  Situated on 221 sq miles within an extinct volcano 🌋 crater, this park is home to the “Big Five:”:  elephant 🐘 , rhinoceros 🦏, leopard 🐆, lion 🦁, and the African buffalo.  The catchphrase, big five, comes from a hunting expression for five of the most difficult animals to be hunted.  We participated in five safaris over three days, each lasting between three and four hours. While out on Safari, we saw all of the big five except for the elusive African Buffalo and many many many many other animals. The park is home to over 7000 different species of animals so there was much to see. It was like a game of Where’s Waldo as we rode around in a Jeep 🚙 searching for 🦒 🦓🐗 animals.

On a darker note, this park was established in 1977 and it opened in 1979. Upon hearing this fact, I quickly questioned who was here before the park. With just a little bit of research I learned that the Tswana people had lived on this land. In simple terms, they were removed from their land and pushed  to the outskirts of the park. Thousands of people were forcibly removed from the land, their village demolished, and their farmlands turned into a nature preserve.  Call it eminent domain or apartheid, the end result for the Tswana people is heartbreaking.  As fun as the safaris were, I am very conscious of what was lost to create such a beautiful park. 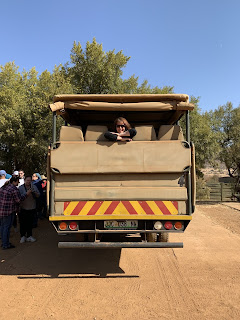 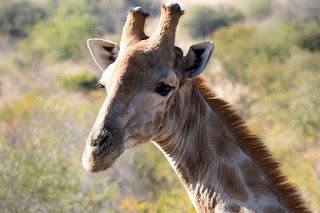 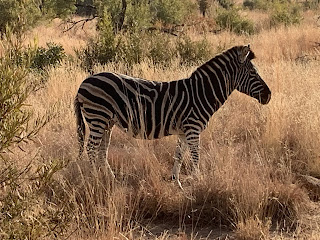 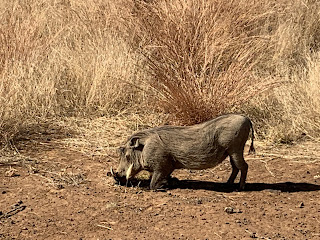 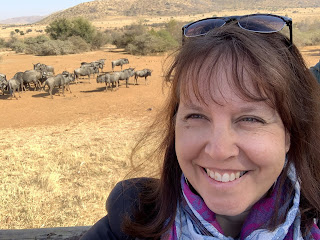 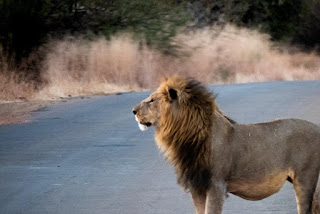 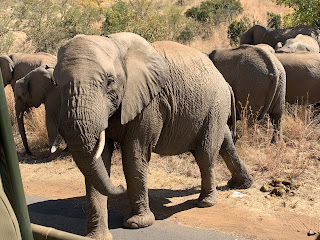 Posted by SandraM at 6:06 AM No comments:

Apartied ended less than 30 years ago and the country of South Africa 🇿🇦 has come a long ways but there is much to be done.  We were the honored guests of United Church School, a Methodist school 🏫 with outstanding matric scores. With limited resources, strong 💪🏾 leadership and energetic learners, this school is creating young people who plan to change the world 🌍. Alex, my ambassador, and his friend Zamantungwa, sat with me during assembly and introduced me to their class: 4b.  Mr. Thabani Bhebe was kind enough to host us in his class of 27.  The students were full of questions, mostly about sharks 🦈 that might be off the coast of Rhode Island. 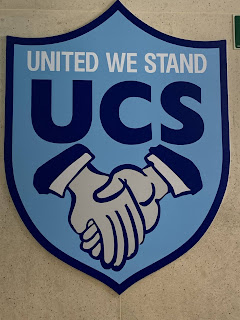 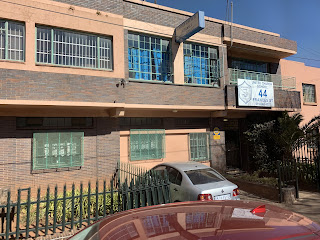 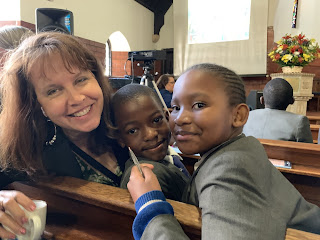 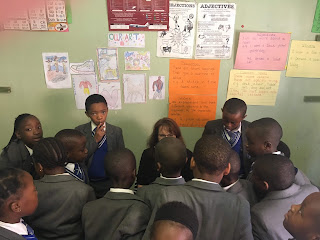 Posted by SandraM at 7:39 AM No comments:

The Power of a Contemporary Witness

During apartheid, groups of people were moved out of large areas or townships to make room for whites. Often these spaces were located close to city centers or in desirable tracks of land. We visited the District 6 Museum where we spoke with a gentleman whose family was moved from that area.   Although the space is mostly empty today, and people have proof that they own the land, the government will not return it to them. Mr. Noor did an excellent job explaining his frustration and the hardships that he has experienced since this event back in February 1966.
Posted by SandraM at 8:59 PM No comments:

Our first two days have been spent trying to understand how South Africa 🇿🇦 is coping since apartheid ended in 1994. One way communities are addressing the many needs of their young people is through the arts 🎭.   In two days we visited the Rainbow 🌈 Academy geared towards 17-21 year olds and two NGO’s:  SOZO and the a Butterfly Arts Project located in Vryground. All three programs are working to educate the youth, give them marketable skills, and validation that they are worthy. 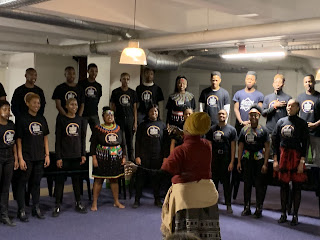 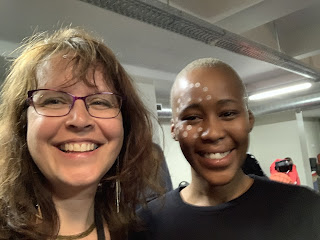 Once again, there is POWER in the arts to treat trauma and create futures. 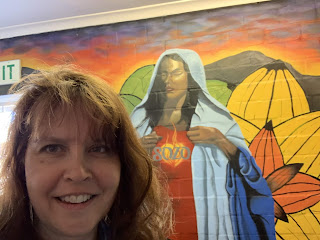 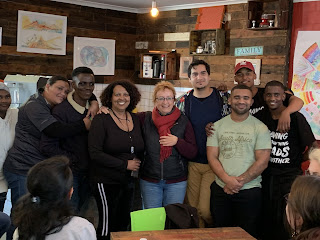 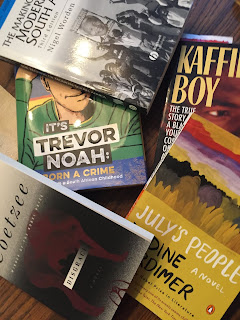 On July 17, 2019 I will embark on an adventure to South Africa 🇿🇦. I was selected by NEA Global Learning Fellowship to spend 10 days exploring the country, learning about the history, visiting schools 🏫 and making connections. In preparation for this journey I have been busy READING 📖

Posted by SandraM at 4:29 PM No comments:

SandraM
Welcome! I am a seventh grade social studies teacher who loves to travel and meet people.